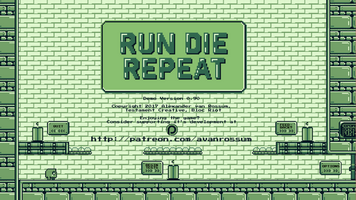 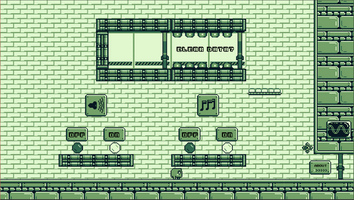 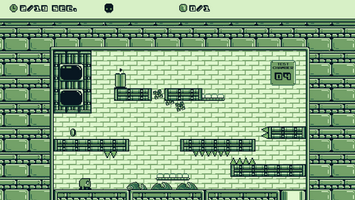 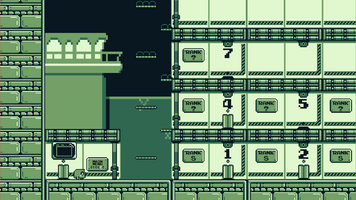 We’ve got three big things in this Update

Oh – wait – you were more interested in item number 3? I had no idea.

I’ve been hard at work with Run Die Repeat, trying to get it ready for ‘prime time’ – or at least demo time. I’ve had a few people beta testing some of the early builds, and their feedback has been very encouraging, so I’m pretty excited about the upcoming Demo release.

Ok, so when’s the demo coming out?

Within a week. Hopefully today, but that’s not likely at this point – so expect to see before the next Tuesday Update!

Instead of collecting coins (or paying $0.99 each for some reason?) hats are slapped on Runnie’s head when you walk through a machine:

When you get a hat, it imbues the player character with a special power, in this case, infinite corpse life, which allows you to navigate areas which would otherwise be impossible to complete with the 6-second “pop” time that’s currently imposed.

Fallen hats are also fully interactable with the player character – you can climb on them, move them, use them to trigger pressure plates, etc. I think it really adds a new dynamic to the game. There will be more hats added to the game later on – once the first version is released.

It’s both a big deal, and kinda “behind the scenes” but there are now 19 completed levels in the game – that’s sitting pretty close to my version one release target of “at least 20” =D

I don’t want to forget the art aspect! Here’s a couple of new art assets, in animated form, for your enjoyment =D I believe that adding moving objects, like these animated monitors, adds quite a bit to the ‘static’ environment that’s appropriate for the era that I’m trying to emulate with Run Die Repeat.

What are those overlords up to?

Frame-by-frame for the win!

Yes – I’ll mention it again – there’s a 6 level demo coming soon, mostly so I can gauge the reactions of people playing the game. I need to know what’s good, what’s bad, and what’s absolutely terrible =D Expect to see it across all my normal channels within the next 7 days!